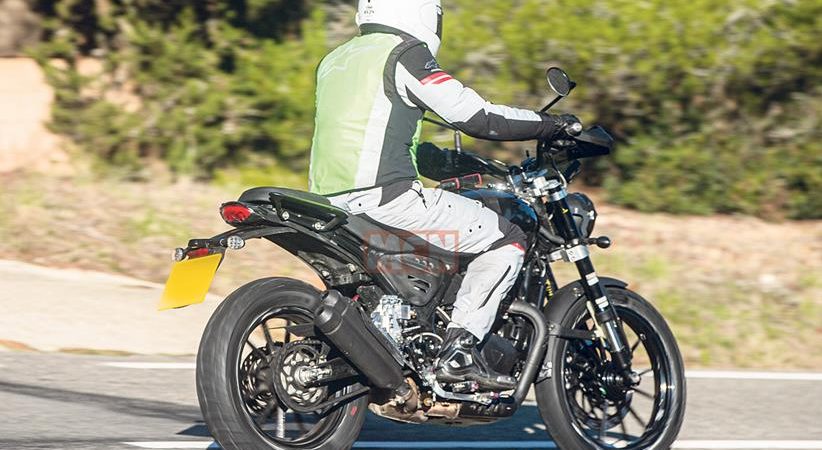 As the British brand looks to combat the rise of Royal Enfield, spy shots of the first new single-cylinder Triumphs in 50 years have emerged.

The new bikes are the first models from a cooperation that was announced in January 2020 and are made by Indian manufacturing giant Bajaj.

With the traditional tank shape, engine design, and infill panels under the rider’s knees, it’s evident that these are Triumphs; you could nearly mistake them for Street Twins.

It’s only upon closer scrutiny, or a glance to the left, that it becomes evident that these are singles. The capacity is unknown, but considering the competition, we expect the new bikes to be in the 350-500cc range. 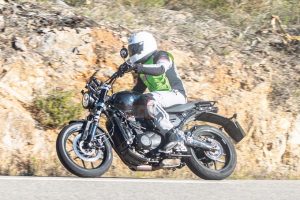 Looking at the wheels, it’s evident that there are two unique versions – a 17-inch-wheeled Street Single and a 19/17-inch-wheeled scrambler we’ll call the Tiger Cub (and Triumph is missing a trick if they don’t call it that). What’s noteworthy is that, despite their rumoured low cost, the specifications look to be anything but.

USD forks, LED lighting, radial front callipers, and TFT dashes are standard on both bikes. Handguards and serrated footpegs are included on the ‘Cub.’ Triumph appears to be keeping to the same strategy as the Trident 660 and targeting the high-end of the budget market.

So, when can we expect to see the bikes that have been completed? Triumph stated at the time of the Bajaj announcement that we would see something this year, but considering the epidemic that has occurred in the meantime, we wouldn’t be shocked if that deadline has been pushed again.

We expect Triumph to reveal the finished bikes before the end of 2022, with stock arriving in dealerships by Spring 2023, based on the appearance of these machines.

What about the price? Triumph stated at the time of the Bajaj arrangement that the bikes will be sold in India for 200,000 rupees (about £2000), but considering all that has happened subsequently with worldwide price rises, we expect it to have creeped up as well.